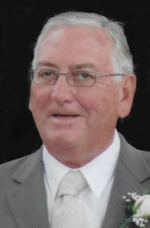 After a lengthy illness at the Stedman Community Hospice on Saturday September 26, 2020. Wayne Paul in his 79th year. Beloved husband of Lil (nee Hachborn). Father of Brad. Survived by five brothers, one sister, nieces, nephews and extended family. Pre-deceased by his parents Vincent and Eleanor and a brother Ron. Wayne was a retired 30 year employee of S.C. Johnson. He was a life member of the Ex-Imperial Club; a member of Dunsdon Legion and the Brantford Air Force Club. He served with the Royal Canadian Army, Corp of Engineers. In keeping with Wayne’s wishes, cremation has taken place. Donations to the Canadian Cancer Society appreciated. Arrangements entrusted to the TOLL FUNERAL HOME, 55 Charing Cross Street, Brantford.

All rights reserved. This obituary is also archived at obittree.com