To share your memory on the wall of George Campbell, sign in using one of the following options:

Receive notifications about information and event scheduling for George

We encourage you to share your most beloved memories of George here, so that the family and other loved ones can always see it. You can upload cherished photographs, or share your favorite stories, and can even comment on those shared by others.

Posted Jul 02, 2020 at 05:20pm
I really didn’t know Mr Campbell very well, however that didn’t stop him from making a big impression on Patti and I. Before Patti and I were married, we were at one of her parent’s lively parties where we first met George and Jean. Unlike several other guests, the Campbells took a genuine interest in talking with us, despite we were the youngest couple to talk with at the party. Even just back in October 2019, I asked Mr Campbell if we could meet to advise me on fundraising techniques within the community. He never hesitated a moment to see me and I recall having this wonderful lunch at the Brantford Golf Club while he outlined the key points of fundraising. They say, “if you want to get something done, you give it to a busy person”. Well George must have been a very busy man as he did so much for the betterment of all citizens.
He was a pillar for healthcare in our community and will be greatly missed by so many.

Our sincere sympathies to the Campbell family.

Posted Jul 01, 2020 at 01:16pm
My sincere condolences to the family. I worked for many years at the BGH where I first met George. He never missed leaving me chocolate treats at Christmas and Easter from Reid’s Chocolate even after I had left BGH they always found their way to my door with my initials on the envelope. I will miss him dearly.
Diane Draper
Comment Share
Share via:
MS

Posted Jul 01, 2020 at 09:42am
Bill, Maureen, and Family
Very sorry to hear of George's passing. He was a terrific person and it was a pleasure to have known him.
Warmest Regards,
Mark Savory
Comment Share
Share via:
GP

Posted Jun 30, 2020 at 06:22pm
He was like a second Dad to the three of us Papple kids. So many memories, he will be missed. When we were kids we always tagged along to go get the milk at the local farms in the tanker. We also got together for many barbeques on Forsythe Street, eating like kings. I hardly remember a time when we weren't together for these occasions. All our love to the family, Greg and Nicole. xoxo
Comment Share
Share via:
LL

Posted Jun 30, 2020 at 05:34pm
Dearest Georgie.
We miss you already. Your wit, charm and sense of humour will be remembered forever.
Thank you for teaching all of us to be humble and learn your hard work ethic by example. We are better for having known you Georgie!! We wish you peace in heaven with your family and friends. We’re sure you’ll keep everyone on their toes. Thanks for being you... you’ll always be admired and remembered dear friend. R. I. P.

Bill, Maureen and family. Sincere condolences to you all. Georgie is watching from up above and guiding your way. He thought the world of his family. May you all find peace and comfort with fond memories now and always.
Lots of love... Tom, Lisa , Audra , Blake, and Rhea.
Comment Share
Share via: 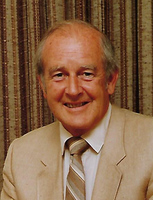