To share your memory on the wall of Maria Sencza , sign in using one of the following options:

Provide comfort for the family of Maria Sencza with a meaningful gesture of sympathy.

Print
The Story of a Girl named Maria

This is the story of a girl born in the small village of Deutsch Mokra in the Carpathian Mountains of Hungary on May 7th 1931. With her father and mother, Anton and Pauline Datzer, Maria left her village i... Read More
The Story of a Girl named Maria

This is the story of a girl born in the small village of Deutsch Mokra in the Carpathian Mountains of Hungary on May 7th 1931. With her father and mother, Anton and Pauline Datzer, Maria left her village in the middle of a war at age 13 along with her 4 siblings Antonia, Blasius, Anton and Anneliese… and on foot crossed the mountains into Poland and (1200 km later) ended up in Regensburg Germany where the rest of her siblings Hans, Rita, Richard and Rosi were born. She would also serendipitously meet her future Ukrainian husband Peter Sencza in Regensburg, yet another escapee from the tragic war. Having an obvious language barrier and conversing only in Ukrainian, Peter asked Maria’s father Anton, for her hand in marriage. With little to no common language between Peter and Maria, but with a high recommendation from Maria’s father who said “he’s a good hard working man”, a new family tree and a grand adventure was started with Peter and Maria being married on February 8th 1948 and baby Katherine being born 15 months later….and just five days later, Peter headed across the Atlantic to start a new life in a freedom filled country called Canada. An anxious year later and after a grueling 5000 km cruise below deck with an infant in hand (only made easier by making a life-long friend in her cabin, one of thousands on her life’s journey), Maria landed in Halifax, Nova Scotia, to finally re-unite with her husband and travelled 3500 km by train to Winnipeg Manitoba. Here she learned her first English word from a Canadian - ”broom” - because she desperately wanted to sweep the floors in their rented apartment. And so Maria’s mastery of many languages, without schooling, expanded to include Hungarian, German, Ukrainian, Polish and now English. Her mastery of languages was second only to her culinary talents as she learned and mastered cooking up spicy-Hungarian, German, Ukrainian and Canadian cuisine as they settled into Ontario and established their foothold on a 23 acre farm just east of Kelvin and built their first house, doubled it, then replaced it after the devastating tornado of 1979. Having now added to the family, Katherine, Walter, Hellen and Monica, all became farmers helping to sow and reap the land until the passing of Peter on February 26th, 2002. It may have been a hard life as children, but rich and fulfilling looking back now as adults, and if nothing else, it taught us to work hard and to always strive for a better life. Maria has had many names over the years from Mom, Mama, Baba, Tante, Kuma, Godmother, Mary and maybe even the Perogie Lady for she repeatedly sold out her contributions at the Kelvin Church. And she was well known to barter her way for services rendered, like grass cutting for 2 dozen perogies or fixing the car battery for a roaster full of cabbage rolls or just feeding Borscht to anyone that stopped by for a visit. She also fed the welcomed armies of city Friends that came to help on weekends during harvest or who came to escape the hustle of city life on a warm family farm and taking with them some fruits, vegetables and happy memories in return. If any of us were overweight, we could always point our fingers at Mama Sencza, because she knew how to make us eat even when we were not hungry. Even with family bias taken into account….no one seems to have matched her abilities at making friends around the world, chatting for hours, cooking up supper, making pastries and cakes, canning and preserving, picking berries and vegetables, selling at the farmer’s markets, planting, hoeing, milking cows, making cheese and butter and jams, raising chickens, crocheting, knitting, sewing, gardening, attending church and choir singing, and even fishing (as many fisherman standing by her would sheepishly attest to her prowess at catching more fish), all while raising and nurturing her children as a mother. It is no small wonder why each and every mother is a superwoman….and our dearly loved Maria is no exception… or perhaps she is… an exceptional superwoman. She passed away quietly, on Mother’s Day, May 10th 2020 in Brantford Ontario but will be forever remembered around the world and cherished by all that knew her. Maria was predeceased by Peter, her husband of 54 years, her sister Antonia Kaiser, her brother Anton Datzer and her granddaughter Andrea Hird. She is survived by her siblings Blasius, Anneliese, Hans, Richard, Rita, Rosi, and her children Kathy (and husband Denis), Wally (and wife Judy), Hellen and Monica (and husband Bill), and also her grandchildren Jessie and Nicole Batson and Joe Hird (and wife Alexis) with great grandchildren Xander and Maya. Maria was a delightful woman full of life, warmth and love for all. Her passing has left a massive void in the hearts of many. Even though time will lessen our sorrow, we will all remember her forever. In lieu of flowers a donation can be made to a charity of your choice.

Receive notifications about information and event scheduling for Maria

We encourage you to share your most beloved memories of Maria here, so that the family and other loved ones can always see it. You can upload cherished photographs, or share your favorite stories, and can even comment on those shared by others.

Posted May 17, 2020 at 06:40pm
The story of a girl named Maria. Your mother certainly had an amazing life!! I remember your Mom having one of the best laughs and such a zest for life…..it was contagious. She always made me feel so welcome. Her cooking and baking.....delicious....just a couple of the many things she so willingly shared with everyone!!!! Our condolences to Kathy, Walter, Hellen, Monica and your extended families.
Comment Share
Share via:
J

Posted May 16, 2020 at 07:54pm
Maria shared with me the story of her first English word. I loved listening to her stories. I have been blessed to have known this incredibly strong spirited and gentle soul. She will be missed by many.
Comment Share
Share via:
NC

Posted May 14, 2020 at 07:26pm
First we would like to send our condolences and prayers to the family. I met Maria one day when she stopped in to check our garden and she proceeded to teach me what I was doing wrong and then complimented me on our garlic. She stopped in many times and received a precious gift from her. A jar of dried garlic with which we just finished that jar. She was an incredible Lady. Hugs and love from Dan & Nellie Ciona
Comment Share
Share via:
OP

Posted May 14, 2020 at 06:40pm
Mrs. Stefa Wiwczaruk is saddened by the loss of her friend Maria. She will miss their frequent phone calls to each other. They would talk about the past and of the latest gossip from the ladies at the church hall which they would laugh about. Maria was a very personable soul and always thinking of others. Rest In Peace my friend ❤️
Sincere sympathies to her family from Mrs. Stefa Wiwczaruk and family.
Comment Share
Share via:
YW 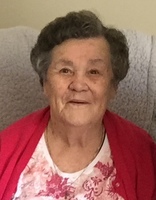 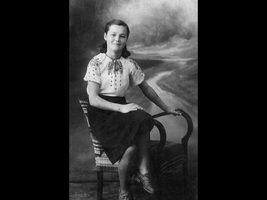