To share your memory on the wall of Gilles Pelletier, sign in using one of the following options:

We encourage you to share your most beloved memories of Gilles here, so that the family and other loved ones can always see it. You can upload cherished photographs, or share your favorite stories, and can even comment on those shared by others.

Posted Mar 08, 2020 at 07:01pm
My uncle Gilles was our family's patriarch, he's always been the head of our family. I'll always remember his sense of humour and his love of story telling. I appreciated that my uncle came to my birthday parties and even to my son's parties when they were little. I admired my uncle's intelligence and all that he achieved in his life. He and my aunt Madeleine started out with nothing, but hard work paid off as they soon had a lovely home and family. I'm so thankful that he found love again when Rita came into his life, even if it was brief. Mon oncle was always so kind to me and he was always ready to listen and help when I needed it. Our family has suffered another huge loss with him gone. Tu vas me manquer mon oncle. Repose en paix. Ta nièce qui t'aime pour toujours xoxo
Comment Share
Share via:
DA

Posted Feb 28, 2020 at 06:33pm
Gilles wore many hats in my life: Bridge director, golf pal, computer guru and most importantly my friend for 30 years. Gilles was a gentleman of integrity, intelligent, fun and my loyal friend. I loved him dearly and will miss him forever. Dannie Angevine
Comment Share
Share via: 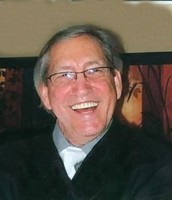