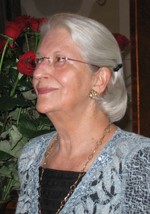 Peacefully at the Brantford General Hospital on November 9, 2019. Beloved daughter of the late Aubrey and Annie Delaney. Survived by her brother David Delaney (Theresa), her sister Carol Waun, and her best friend and soulmate Marianne Logger. Also survived by many loving nieces, nephews and their families. Audrey's life journey was vast and remarkable. She started her life in Midland, ON and from there she lived in London, Montreal, Vancouver, Toronto, Oakville, and finally Brantford. She excelled in school and knew what she wanted. Her drive and ambition led her and her partner to start a large real estate development and investment company in Oakville. While there she built large, elegant subdivisions, shopping malls, and an executive par 3 golf course (where she first learned to play golf). Being a prominent and successful business woman in the 1980s attracted the media's attention. Audrey was regularly interviewed and photographed for many newspaper articles. Besides being a successful business woman, volunteering and advocating for women's rights was Audrey's other passion. She was involved in many organizations as a volunteer and chairperson including, but not limited to the Halton branch of the Victorian Order of Nurses, the UN Committee for District IV of Zonta International where she was instrumental in helping ratify the Convention on the Elimination of All Forms of Discrimination Against Women, the Oakville YMCA-YWCA, the United Way, the Oakville Architectural Conservation Advisory Committee, the Kiwanis Club of Brantford, and the Brantford Heritage Committee. After moving to Brantford she joined the Brantford Golf & Country Club in 1991. She became a golfer and curler where she won many team and individual competitions. She also served as Ladies Captain for two consecutive years. While in Brantford, she acquired Greenwich Metal Cleaning Services which she turned into a thriving metal stripping business, the largest of its kind in Canada. She provided much needed employment to many local citizens as well as many friends and family. When she retired in the early 2000s, she continued to golf, curl, play bridge, thirty-one, and bowl where she acquired many good friends. She frequently vacationed in Italy with her best friend where they discovered an insatiable love for all things Italian, including the Aperol Spritz. And she never forgot to ensure that all creatures great and small must be cherished, fed, and saved. Please join us at the Charing Cross Reception Suites, adjacent to the TOLL FUNERAL HOME, 55 Charing Cross Street, Brantford on Saturday, November 23, 2019 from 1 pm.- 3 pm. to celebrate Audrey’s life and share your favourite moment of Audrey. We know there are many. Audrey was a loving and generous person and touched many lives. We will miss her dearly. As an expression of sympathy donations to the S. P. C.A. or your local Animal Shelter.

All rights reserved. This obituary is also archived at obittree.com