To share your memory on the wall of Joel Shewchuk, sign in using one of the following options:

Print
Joel Shewchuk beloved husband of Colleen Shewchuk (nee Seewald) of Calgary, AB, passed away on Thursday, August 1, 2019 at the age of 40 years.

Joel was born to parents Pat and Jay Shewchuk on January 5, 1979 in Brantford, Ontario. Joel ... Read More
Joel Shewchuk beloved husband of Colleen Shewchuk (nee Seewald) of Calgary, AB, passed away on Thursday, August 1, 2019 at the age of 40 years.

Joel was born to parents Pat and Jay Shewchuk on January 5, 1979 in Brantford, Ontario. Joel graduated from North Park Collegiate and received a BHSc degree from the University of Western Ontario in 2002. Joel worked as a Cardiac Sonographer for Alberta Health Services since 2005.

Joel was known for his love of all things sports. An avid Bruins fan, his one wish was to see a Bruins game in Boston, a wish that was granted earlier this year, thanks to his friends at AHS.

Joel was a loving and devoted husband, father, son and brother. His loss is felt through many circles of friends and family, near and far. The only way to love him more, would be to know him longer.

Besides Colleen, his loving wife of ten years, Joel is survived by his children Jack and Georgia; his mother Pat; his brother Jamie (Elizabeth); as well as many close family members and friends. Joel was predeceased by his father, Jay, in January 2019.

Funeral Services will be held at McINNIS & HOLLOWAY (Deerfoot South, 12281 – 40th Street SE, Calgary, AB) on Wednesday, August 7, 2019 at 2:00 p.m. Reception to follow in the Hospitality Centre at the Funeral Home. A Gathering of relatives and friends will be held at DENNIS TOLL FUNERAL HOME (55 Charing Cross Street, Brantford, Ontario) on Wednesday, August 14, 2019 at 5:00 p.m to 7:00 p.m. Condolences may be forwarded through www.McInnisandHolloway.com.

Receive notifications about information and event scheduling for Joel

We encourage you to share your most beloved memories of Joel here, so that the family and other loved ones can always see it. You can upload cherished photographs, or share your favorite stories, and can even comment on those shared by others. 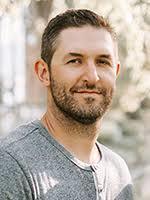