To share your memory on the wall of Dorothy Campbell, sign in using one of the following options:

Passed peacefully, surrounded by her family on April 18, 2019 at the Brantford General Hospital in her 87th year.

Passed peacefully, surrounded by her family on April 18, 2019 at the Brantford General Hospital in her 87th year.

Best friend and beloved wife of the late Bill Campbell for 59 years, loving mother of Barbara (Richard Ehrlich) and Dave (Tim Webb), cherished daughter of the late William and Anne Servage, sister of the late Deborah Holmes. Survived by dear cousins Mavis Duncan and Marilyn Salmon and her chosen family of close friends.

Dorothy grew up in Winchester, Ontario where she gathered eggs from backyard chickens, visited her Uncle Arn’s corner store, picked blueberries and skated on the outdoor rink while a live band played on Saturday nights. She sang harmony with her Mom as they washed dishes and was immensely proud of her Dad, the principal at school.

She studied at the University of Guelph and had a special interest in nutrition science. She met Bill, the love of her life, at a dance during their first week. Four years later after many more dances, they were married. Many of their Mac and OAC ‘55 friendships lasted all their lives.

Dorothy taught high school in the Guelph area for five years. In 1960, she and Bill moved to Brantford where they opened Fairlawn Sod Nursery and started their family. She continued some part-time teaching and worked in various roles in the family business. She stayed home with her children when they were young and remained their most enthusiastic fan all her life, always giving them her full love and support.

Dorothy was a small town girl who eventually traveled the world. She cherished her Irish roots through her grandmother, Emma O'Shaughnessy. She loved music and was a talented pianist. She studied organ, performed with the Queensway Bellringers and played keyboard at charity events. She loved theatre, the Weather Channel, puzzles, art, family vacations, laughter, dressing up, going out for dinner, dancing to big band music and walking on beaches with Bill. She had a special place in her heart for teddy bears, Snoopy cards and dogs of all persuasions. She and Bill planted beautiful gardens together and kept a list of the bird species seen at their feeder. Dorothy was a curious, lifelong learner who worked with computers in the early 1980s and knew her way around an iPhone.

She volunteered for various organizations including Brant Community Foundation, Brant Waterways Foundation, St. Andrew’s United Church and Probus, where she served as President.

Dorothy believed in giving back to her community, particularly through the Brant Community Foundation where she and Bill established the first Donor Advised Fund, which supports the work of Kids Can Fly including the Launch Pad at Graham Bell-Victoria School. She established an annual scholarship at the University of Guelph to honour a favourite professor. She quietly provided help behind the scenes to several individuals who needed support.

In 2012, Dorothy was awarded the Queen Elizabeth II Diamond Jubilee Medal in recognition of her community work. Along with Bill, she was honoured to receive the David A. Neill Philanthropy Award in 2010 and the Business Excellence Award for Outstanding Achievement from the Brantford-Brant Chamber of Commerce in 2011.

In lieu of flowers, donations in Dorothy’s memory may be made to the Kids Can Fly Imagination Library program, MusiCounts, the Brant Community Healthcare System (BCHS) Foundation, or any charity that touches your heart. Above all, she would have encouraged friends to reach out in acts of kindness to help others.
Read Less

Receive notifications about information and event scheduling for Dorothy

We encourage you to share your most beloved memories of Dorothy here, so that the family and other loved ones can always see it. You can upload cherished photographs, or share your favorite stories, and can even comment on those shared by others.

Posted Apr 30, 2019 at 07:10pm
Vince Flegg remembers the Fair-lawn Sod company picnics and how great they were and the fun we all had. Dorothy will be missed by all who remember her and the memories we all have will be cherished forever. Vince and I are so sorry for your loss and know that you will be in our thoughts and prayers as you go through this tough time.

Thank you so much. Those are some great memories.
SK

Posted Apr 26, 2019 at 04:10pm
Sincere sympathy to the family in your great loss. Len was a member of the Thursday group with Bill and we have fond memories of this couple. Sincerely Len and Susan King
Comment Share
Share via:
BC

Thanks, Len and Susan. Dad found the Thursday group interesting and fun, and Mom enjoyed the get-togethers when the spouses joined in.
DM

Posted Apr 25, 2019 at 12:59pm
My father, Vern Campbell (Bill's nephew), my mother, Elizabeth Campbell, and I traveled from Texas to attend Dorothy and Bill's 50th wedding anniversary celebration. And it was a grand celebration! My father was honored to give the invocation at their dinner party. We had great time meeting relatives and exchanging stories. I remember the beautiful garden party at Dorothy's home. She was such a wonderful hostess. Barb, you and your family are in my thoughts and prayers. Dana Campbell Miller
Comment Share
Share via:
BC

Lovely to hear from you. Thanks for sharing your memories, Dana.
MS

Posted Apr 23, 2019 at 02:33pm
I remember the laughter while we unpacked and later packed up again. So much fun. Thanks for the memories Dorothy.
Comment Share
Share via:
BC

Mom had a small family, and she was so surprised and thrilled to learn that she had a cousin living in Brantford. So glad you found each other a few years ago. 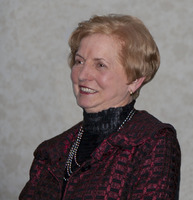 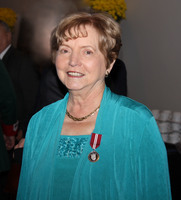 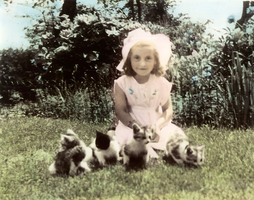 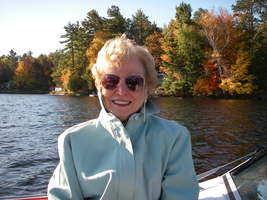